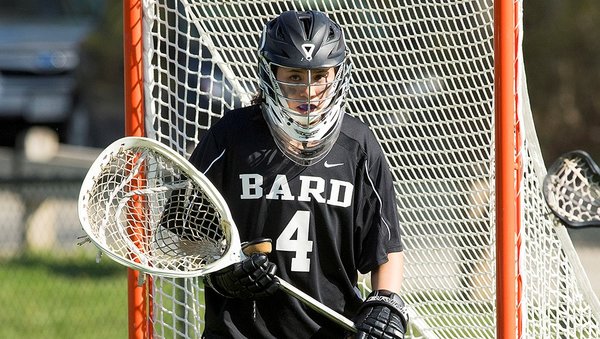 Take your game to the next level at the Bard College Raptors Women’s Lacrosse Prospect Day Camp. It is a one-day event that will fall on the 24th of September from 10:00 AM until 3:30 PM. This lacrosse prospect day camp is open to all high school female lacrosse players who are entering grade 9 up to grade 12. Moreover, this training program is going to take place at the Stevenson Athletic Center. The registration cost is $50 per camper. The program focuses on refining the players’ individual skills as well as game strategy understanding. It also provides a venue to showcase exceptional lacrosse skills. In addition, this event is an opportunity to work and train with the Bard College Raptor women’s lacrosse coaching staff and current players. The camp participants need to bring their own lacrosse stick, goggles, cleats, and mouth guard.

Bard College, initially St. Stephen’s College, is a private, coeducational, liberal arts college in Annandale-on-Hudson, New York. Its founders are John Bard and Margaret Johnston Bard, two prominent philanthropists in the 19th-century. Bard College is an affiliation of the Episcopal Church. Currently, it is serving around 2,000 undergraduate students. 58 percent of this undergraduate student population are females and 42 percent are males. The student population is also through a very selective acceptance rate of 56 percent. Bard College is also serving around 200 postgraduate students. Its student to faculty ratio is 10:1. Furthermore, Bard College is a consistent top-performing academic institution. As a matter of fact, it is 46th in the National Liberal Arts Colleges category of the 2018 edition of the US News and World Reports Best Colleges rankings. It is also 39th in the Best Value Schools category and 5th in the Most Innovative Schools category. In athletics, Bard College is competing in the Liberty League of the National Collegiate Athletic Association Division III. The athletes’ nickname is Raptors and red and white are their identity colors. Bard College Raptors women’s lacrosse team’s inaugural season was in 2010.

Head Coach Mary Kate Scardillo, a native of Slingerlands, New York. is leading the Bard College Raptors women’s lacrosse team since July of 2014. She is an alumna of the Academy of the Holy Names in Albany with a bachelor’s degree in psychology. Coach Mary Kate Scardillo is also a master’s degree in education graduate from Castleton State College where she coached both lacrosse and volleyball from 2011 until 2013. Additionally, Coach Mary Kate Scardillo has already two NCAA Tournament appearances and two North Atlantic Conference Championships under her coaching resume. She is at the same time the college’s Assistant Athletic Director. Then, the Bard College Raptors women’s lacrosse assistant coach is Stephanie Bianco. Coach Stephanie Blanco, a native of Philadelphia, Pennsylvania, is now entering her second year with the coaching staff. She is a Magna Cum Laude graduate of the Indiana University of Pennsylvania with a degree in health and physical education. Coach Stephanie Blanco is now completing her master’s degree in Sport Administration from SUNY Cortland. She is also a Pennsylvania State Teacher Instructional I Certificate holder. Her other coaching stints were at the Central Connecticut State University and the Quinnipiac University.

Service Type
Lacrosse Recruiting Camps
Provider Name
Bard College,
Area
Annandale-On-Hudson, NY
Description
The Bard College Raptors Women's Lacrosse Prospect Day Camp is open to all high school female elite lacrosse players in grade 9 through grade 12 who are aspiring to play at the collegiate level. It will fall on the 24th of September from 10:00 AM until 3:30 PM, This lacrosse program is an initiative of the Bard College Raptors women's lacrosse coaching staff.
Total Page Visits: 187 - Today Page Visits: 1