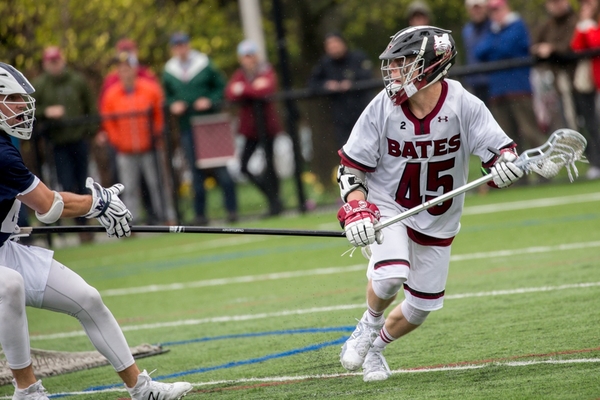 The Bates College Bobcats Men’s Lacrosse Prospect Day Camp is a full-day event from 10:00 AM until 4:00 PM on June 24. It is going to take place at the top-notch Garcelon Field on the Bates College campus. This lacrosse prospect camp is open to all male lacrosse players in the graduating classes of 2019 and 2012. In addition, this event will be under the direction of the Bates College men’s lacrosse coaching staff. Coaches from Bowdoin College and Colby College will also help facilitate the program. Moreover, the registration fee includes a free pair of camp shorts. Registration will begin at 9:00 AM.

Bates College, or the President and Trustees of Bates College, is a private, coeducational, liberal arts college in Lewiston, Maine. Its name is in honor of its founder, Benjamin Bates IV, a prominent 18th-century American rail industrialist. Bates College is the New England’s first coeducational college. It is also one of Maine’s oldest colleges. Furthermore, Bates College is a member of the CBB Consortium and the Oberlin Group. It is also part of the New England Association of Schools and Colleges and the Consortium of Liberal Arts Colleges. Additionally, Bates College is 23rd in National Liberal Arts Colleges, 2018 edition of the U.S. News and World Report Best Colleges rankings. It is also 35th in the 2017 Forbes Magazine’s List of America’s Best Colleges. In sports, the college features collegiate athletics teams in the New England Small College Athletic Conference of the NCAA Division III. They are the Bobcats.

Service Type
Lacrosse Recruiting Camps
Provider Name
Bates College,
Area
Lewiston, ME
Description
The Bates College Bobcats Men's Lacrosse Prospect Day Camp is for male lacrosse players in the graduating classes of 2019 and 2012. It will run from 10 o'clock in the morning until 4 o'clock in the afternoon on the 24th of June. This lacrosse prospect camp's venue is the state of the art Garcelon Field which is on the Bates College campus.
Total Page Visits: 633 - Today Page Visits: 1