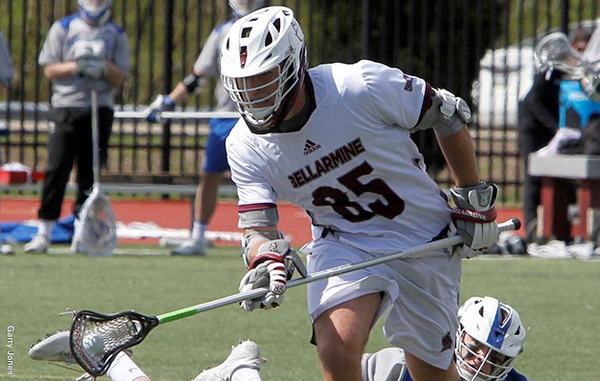 The Bellarmine University Knights Men’s Lacrosse Instructional Camp is both an overnight and day camp that will run from the 26th of June until the 28th of June. This three-day lacrosse camp is going to take place at the scenic Bellarmine University. The program is open to all and any boys 6 to 17 years of age at any skill level who are seeking to develop their lacrosse skills through a fun training atmosphere. Moreover, its daily schedule is set to start at 8:30 AM and end at 8:15 PM except for Day 3 which will conclude at 6:00 PM. The training program will cover stick work, position and station drills, and games and scrimmages. The registration fee is $399 for overnight campers and $299 for day campers before the 29th of May and $425 for overnight campers and $325 for day campers if registered after the 29th of May. Overall, it is going to be a fun and motivating training experience.

Bellarmine University is a private, Catholic university in Louisville, Kentucky. The name is in honor of Saint Roberto Bellarmino (Robert Bellarmine), an Italian Jesuit and a Cardinal of the Catholic Church in the 16th century. Additionally, Bellarmine University is a member of the Association of Catholic Colleges and Universities and the Council of Independent Colleges. It is also part of the National Association of Independent Colleges and Universities and the Kentuckiana Metroversity. Currently, the university has around 3,800 undergraduate students. This undergraduate student population is with a 36 percent male and 64 percent female students gender distribution. It is also through a selective enrollment acceptance rate of  82 percent. Furthermore, Bellarmine University is 15th in the US News and World Reports’ Southern Regional Universities rankings, 2018 edition. It is 10th in the Best Colleges for Veterans category and 32nd in the Best Value Schools category. Also, Bellarmine University is 224th in Forbes’ national rankings. In the athletics world, the university fields 20 men’s and women’s varsity teams and they are known as the Knights. The university’s identity colors are scarlet and silver. It’s men’s lacrosse team is playing in Southern Conference of the National Collegiate Athletic Association Division I.

Leading the Bellarmine University Knights men’s lacrosse team is Head Coach Jay Sothoron. He is the Knights’ former offensive coordinator and defensive coordinator. Coach Jay Sothoron is the 2006 U.S. Lacrosse National Assistant Coach of the Year awardee. In addition, Coach Jay Sothoron, a Greensboro College graduate is also the former Robert Morris University assistant coach and defensive coordinator. Under his leadership, the Knight men’s lacrosse program has its first-ever Southern Conference Tournament appearance in 2016. He is at the helm of the Bellarmine University men’s lacrosse program since 2015. Then, the Knights head coach for sports performance is Steve Hartman, a native of Crestwood, Kentucky. Coach Steve Hartman is with the coaching staff since the 2012 season. He is a bachelor’s degree in exercise science, with a minor in sport administration graduate from the University of Louisville. Coach Steve Hartman is the 2012 Amateur Athletic Union (AAU) Powerlifting champion. He is a member of the Certified Functional Strength Coach Association and the National Strength and Conditioning Association. And finally, the Knights men’s lacrosse Academic Advisor for Athletics is Andrew Schroeder.

Service Type
Lacrosse Recruiting Camps
Provider Name
Bellarmine University,
Area
Louisville, KY
Description
Join the Bellarmine University Knights Men's Lacrosse Instructional Camp. This overnight and day camp is inviting all and any boys 6 to 17 years of age at any skill level. The training program is going to run from June 26 until June 28 at the beautiful Bellarmine University campus. It will be under the supervision of the university's men's lacrosse coaching staff.
Total Page Visits: 224 - Today Page Visits: 1