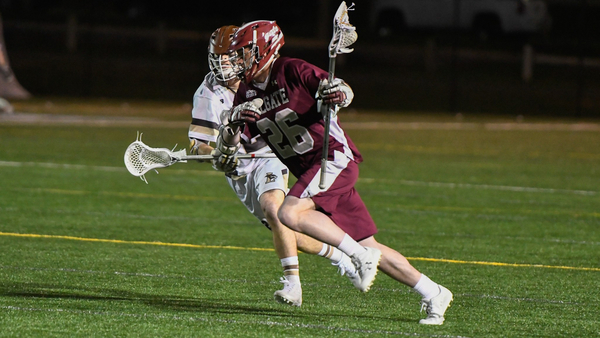 The Colgate University Raiders Men’s Lacrosse Prospect Clinic is a three-hour event that will run from 10:00 AM until 1:00 PM on the 2nd of September. It is going to take place at the top-notch Crown Field at Andy Kerr Stadium which is on the Colgate University campus. Moreover, this lacrosse prospect clinic is open to all and any high school boys in grade 9 to grade 11 who are aspiring to play at the college level. This event is only offering 60 available spots. Thus, registration is on a first come first served basis. Additionally, this training program will simulate a competitive collegiate level training environment. The registration fee is $175 per camper. This training program will be under the direction of the Colgate University Raiders men’s lacrosse coaching staff.

Colgate University is a private, coeducational, liberal arts university in Hamilton Village, Hamilton, New York. It is offering 55 major and 48 minor fields of study. The university is a member of the Annapolis Group and the Oberlin Group. Currently, the university is serving around 2,900 undergraduate students. This undergraduate student population is with a 45 percent male and 55 percent female students gender distribution. The university enrollment acceptance rate is 29 percent and its student to faculty ratio is 9:1. The Colgate University is among the nation’s top academic institutions. As a matter of fact, it is 42nd in the 2017 Forbes Magazine’s List of America’s Best Colleges. It is 12th in the National Liberal Arts Colleges category of the 2018 edition of U.S. News and World Report’s Best Colleges rankings. The university is also 14th in the Best Value Schools rankings and 13th in the High School Counselor Rankings. In addition, Colgate University fields its men’s and women’s athletics sports teams in the Patriot League of the National Collegiate Athletic Association Division I. Meanwhile, its hockey program is playing in the Eastern College Athletic Conference. The athletes’ nickname is Raiders and maroon and white are their identity colors.

Mike Murphy, a native of Beverly, Massachusetts. is leading the Colgate University Raiders men’s lacrosse team. Coach Mike Murphy is now in his seventh year at the helm of the Colgate University Raiders men’s lacrosse program. He is an alumnus of the University of New Hampshire. Furthermore, Coach Mike Murphy has already led the Raiders to two Patriot League regular season championships, one Patriot League Tournament title, and two NCAA tournament appearances. Then, the Raiders men’s lacrosse associate head coach is Mike Abbott. Coach Mike Abbott, a native of Syracuse, New York, is a bachelor’s degree in kinesiology graduate from SUNY Cortland. A standout lacrosse player in college, Coach Mike Abbot is a former SUNYAC Player of the Year awardee. He is also an All-ECAC First Team and All-Conference honoree during his college playing years. Meanwhile, the team’s assistant coach is Jud Hall. Coach Jud Hall who hails from Upper Arlington, Ohio is a bachelor’s degree in sociology and anthropology, and with a minor in history graduate from Ohio Wesleyan University. He is with the coaching staff since August of 2015. Matt Abbott, the brother of Mike Abbot is the team’s volunteer assistant coach. And finally, Nick DelMonaco is the director of lacrosse operations.

Service Type
Lacrosse Recruiting Camps
Provider Name
Colgate University,
Area
Hamilton, NY
Description
The Colgate University Raiders Men's Lacrosse Prospect Clinic is a three-hour program that will run from 10 o'clock in the morning until 1 o'clock in the afternoon on September 2. It is inviting all male high school lacrosse players in grade 9 up to grade 11. The venue of the program is the leading-edge Crown Field at Andy Kerr Stadium on the Colgate University campus.
Total Page Visits: 247 - Today Page Visits: 1