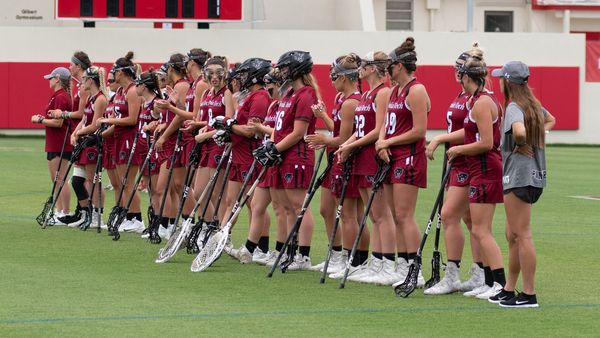 The Florida Institute of Technology Panthers Women’s Lacrosse Summer Camp is inviting all girls who are aspiring to improve their game and play at the college level. It is both an overnight and commuter camp for elite and intermediate level female lacrosse players. The training program is going to run from the 4th of June until the 6th of June. Moreover, this summer camp is going to take place at the Florida Institute of Technology’s lacrosse field and training facilities. The program is set to start at 12:00 PM on Day1 and end at 1:00 PM on Day 3. The registration fee is $400 for overnight campers and $300 for commuter campers. Furthermore, running the training program is the Florida Institute of Technology Panthers women’s lacrosse coaching staff.

Head Coach Corinne Desrosiers, Bridgewater State College graduate, is leading the Florida Institute of Technology Panthers women’s lacrosse team since June of 2013. She is a 2016 and 2017 Sunshine State Conference (SSC) Coach of the Year awardee. Coach Corinne Desrosiers is also the 2010 WomensLacrosse.com Division II National Coach of the Year. Additionally, under her leadership, the Panthers women’s lacrosse team has its first-ever conference tournament title and first-ever NCAA Division II Women’s Lacrosse Championship appearance. Then, the Panthers women’s lacrosse assistant coach is Taylor Marshall. Coach Taylor Marshall is a University of Detroit Mercy graduate and a former four-year letterwinner with the Titans. She is also an Atlantic Sun All-Tournament Team selection and a First Team All-Conference selection. Coach Taylor Marshall is with the Panthers women’s lacrosse coaching staff since the 2016 season. In addition, the team’s volunteer assistant coaches are Allie Modica and Jesse DePaolo. Coach Allie Modica is a Florida Institute of Technology alumni. She is the 2016 and the 2017 Florida Tech Female Athlete of the Year and also the 2016 and 2017  Scholar Athlete of the Year and Athlete of the Year.  Coach Jesse DePaolo is also a Florida Tech alumni. She is part of the 2017 SSC Commissioner’s Honor Roll.