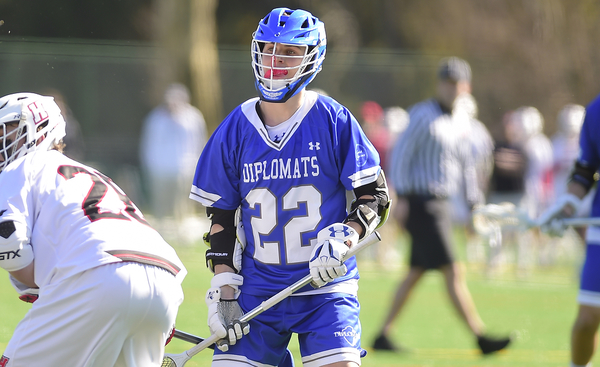 The Franklin and Marshall College Diplomats Summer Prospect Day is going to fall on the 8th of June from 3 o’clock in the afternoon until 8 o’clock in the evening. This high-level lacrosse prospect camp is inviting high school freshmen to senior boys who are serious about playing lacrosse at the college level. It is going to take place at the top-notch Tylus Field which is on the Franklin and Marshall College campus. Furthermore, this lacrosse day camp will include individual position development drills, competitive games, a campus tour, and a college recruiting seminar. Another schedule of the program is also set on the 15th of June. The registration cost for this event is $175 per camper. Registration is on a first come first served basis. Overall, this lacrosse training program will be motivational and enjoyable. It will be under the supervision of the Diplomats men’s lacrosse coaching staff and current plays.

The head coach of the Franklin and Marshall College Diplomats men’s lacrosse team is Todd Cavallaro, a native of Corning, New York. Coach Todd Cavallaro is now in his 11th season at the helm of the Diplomats men’s lacrosse program. He is an alumnus of the Johns Hopkins University. In addition, Coach Todd Cavallaro is the 2013 and 2017 Centennial Conference (CC) Coach of the Year awardee. He is also the 2017 Eastern College Athletic Conference (ECAC) Coach of the Year awardee. Ultimately, he led the Diplomats to the Centennial Conference title. Then, the Diplomats assistant coaches are Joey Severns, Rich Lefever, and David Alyanakian. Coach Joey Severns is a Hampden-Sydney College graduate and is now in his third year with the coaching staff. Coach David Alyanakian, a native of Moylan, Pennsylvania, is a bachelor’s degree in political science and a minor in communications graduate from Lynchburg College. Moreover, Coach Rich Lefever, a 2017 US Lacrosse Hall of Fame inductee is in his first year with the Diplomats coaching staff. He is the former Elizabethtown College’s offensive coordinator. Finally, Roly Shover is the volunteer assistant coach.