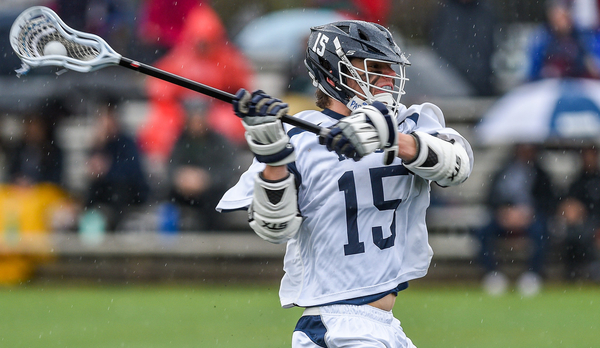 The Hood College Blazers Men’s Youth Lacrosse Camp gears at building the best fundamental skills. It will be running sessions and drills that focus helping the participants maximize their potential. There will also be fun and challenging games and scrimmages. Furthermore, this lacrosse will run from the 27th of June until the 30th of June. It is going to take place at the Hood College’s leading-edge Turf Field. The training camp is open to all boys 8 to 15 years old. Additionally, the training camp will be under the direction of the Hood College men’s lacrosse coaching staff. Its current players will also be there helping on facilitating the program.

Hood College, originally Woman’s College of Frederick, is a private, coeducational, liberal arts college in Frederick, Maryland. It is offering 33 undergraduate programs and 15 master’s degree programs. Hood College is also using a semester-based academic calendar. Overall, Hood College has an accreditation from the Middle States Commission on Higher Education. Currently, its total undergraduate student population is around 1,200. It is through a selective enrollment acceptance rate of 71 percent. Correspondingly, Hood College’s student to faculty ratio is 10:1. Hood College is also a top-tier academic institution. As a matter of fact, it is 28th in Regional Universities North of the 2018 US News and World Reports Best Colleges rankings. It is also 13th in the Best Colleges for Veterans category. In sports, Hood College fields 21 intercollegiate teams in the Middle Atlantic Conferences of the NCAA Division III. They are the Blazers.

Service Type
Lacrosse Recruiting Camps
Provider Name
Hood College,
Area
Frederick, MD
Description
The Hood College Blazers Men's Youth Lacrosse Camp is going to run from the 27th of June until the 30th of June. Its venue will be the college's state of the art Turf Field. This four-day lacrosse training camp is open to all boys 8 to 15 years old. Running this program will be the Hood College men's lacrosse coaching staff and its current players.
Total Page Visits: 505 - Today Page Visits: 1