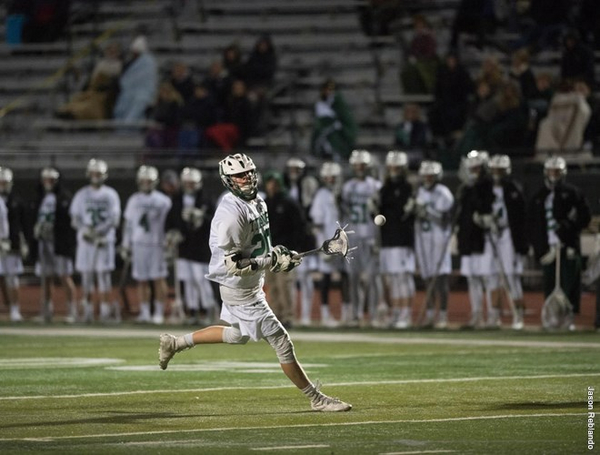 The Illinois Wesleyan University Titans Men’s Lacrosse Summer Camp is a four-day training program that will from the 4th of June until the 7th of June. Its daily schedule is set to start at 5:00 PM and end at 7:00 PM. This lacrosse summer camp is going to take place at the leading-edge Tucci Stadium in Bloomington-Normal. Furthermore, this training program is inviting all U9 and high school boys who are looking to develop their game in a fun training atmosphere. The camp registration is $100 per camper. In addition, this event will also provide the participants an experience on how it is to train like a college lacrosse athlete. Running the training program is the Illinois Wesleyan University Titans men’s lacrosse coaching staff and current players. The training program is requiring all the attendees to bring their own lacrosse stick, goggles, mouth guard, cleats/sneakers, and water bottle.

The Illinois Wesleyan University is a private, coeducational, independent, liberal arts university in Bloomington, Illinois. The present university president is Eric R. Jensen. It is offering more than 80 major and minor academic programs. And, it currently accommodates around 1,900 undergraduate students of which 46 percent are male students and 54 percent are female students. The university’s undergraduate student enrollment acceptance rate is 58 percent and the student to faculty ratio is 10:1. Furthermore, Illinois Wesleyan University is 71st in the National Liberal Arts Colleges category of the 2018 edition of the US News and World Reports Best Colleges rankings. It is also 89th in Best Value Schools rankings. and 84th in the High School Counselor Rankings. Additionally, the university is a member of the International Association of Methodist-related Schools, Colleges, and Universities. It is also part of the Annapolis Group. In athletics, the Illinois Wesleyan University fields 22 intercollegiate men’s and women’s sports teams in the College Conference of Illinois and Wisconsin (CCIW) of the National Collegiate Athletic Association Division III. The athletes call themselves the Titans and their identity colors are green and white. Collectively, the Titans collegiate teams have already 136 CCIW championships and six Division III National Championships.

Leading the Illinois Wesleyan University Titans men’s lacrosse team is Head Coach Zach Iannucci, a native of Mount Laurel, New Jersey. Coach Zach Iannucci is now in his sixth year at the helm of the Titans men’s lacrosse program. He is a bachelor’s degree in finance graduate from Saint Joseph’s University. Ultimately, Coach Zach Iannucci is the 2016 College Conference of Illinois and Wisconsin (CCIW) Coach of the Year awardee. Last season, Coach Zach Iannucci led the Titans to its first-ever conference tournament championship and its NCAA Tournament appearance. Coach Zach is the former Oberlin College assistant coach and the former Hendrix College defensive coordinator. Then, the Illinois Wesleyan University Titans men’s lacrosse assistant coaches are David Olson and Declan McGuire. Coach David Olson is with the Titans coaching staff since the 2013-2014 season. Coach Declan McGuire, a native of Lisle, Illinois is in his first season with the coaching staff. He is a bachelor’s degree in economics and psychology graduate from Lafayette College. Coach Declan McGuire is now completing his master’s degree in Sport Management at the Illinois State University.

Service Type
Lacrosse Recruiting Camps
Provider Name
Illinois Wesleyan University,
Area
Bloomington, IL
Description
The Illinois Wesleyan University Titans Men's Lacrosse Summer Camp is going to take place at the state-of-the-art Tucci Stadium in Bloomington-Normal, Illinois. It is a four-day training program that will run from the 4th of June until the 7th of June. The instructions and groupings will be in accordance with the participant's age and skill level.
Total Page Visits: 243 - Today Page Visits: 1