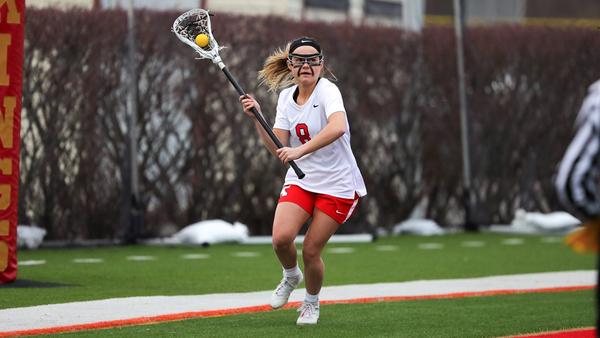 Join the King’s College Lady Monarchs Lacrosse Summer Camp. It is a five-day lacrosse training camp that will run from the 9th of July until the 13th of July. This event is inviting all and any girls 4 to 17 years of old who are looking to enjoy while learning the game of lacrosse. The training is going to take place at the scenic King’s College campus. In addition, this lacrosse summer camp focuses on providing high-quality instructions in a fun training atmosphere. All the training instructions and groupings are going to be in accordance with the participant’s age and skill level. This event will be under the supervision of the King’s College Lady Monarchs lacrosse coaching staff and current players. Spots are limited, thus, registration is on a first come first served basis. It is important to note that the participants need to bring their own lacrosse gears and equipment.

King’s College Wilkes-Barre is a private, coeducational, Catholic, liberal arts college in Wilkes-Barre, Pennsylvania. It is an affiliation of the Roman Catholic Church (Congregation of Holy Cross). The college as a whole has a Middle States Association of Colleges and Schools accreditation. King’s College is among the nation’s top-academic institutions. As a matter of fact, it is 62nd in the Regional Universities North category of the 2018 edition of the US News and World Reports Best Colleges rankings. King’s College is also 35th in the Best Value Schools rankings as well as 381st in the Business Programs rankings. Currently, King’s College Wilkes-Barre is accommodating around 2,300 students. 52 percent of the college’s undergraduate student population are male students and 48 percent are female students. This undergraduate student population is through a selective enrollment acceptance rate of 71 percent. Correspondingly, the college’s student to faculty ratio is 12 is to 1. Furthermore, the college supports 24 intercollegiate men’s and women’s sports teams. They are competing in the Middle Atlantic Conference of the National Collegiate Athletic Association Division III. Their nickname is Monarchs while there identity colors are red and gold. Leo the Lion is the school mascot.

Head Coach Ashley Stevens, a native of Leicester, Massachusetts, is leading the Kings College Lady Monarchs lacrosse team. She is now in her second season at the helm of the college’s women’s lacrosse program. Coach Ashley Stevens is a bachelor’s degree in sports and exercise studies graduate from Randolph College. In just her first year with the coaching staff, Coach Ashley Stevens led the Lady Monarchs to a  2017 Middle Atlantic Conference (MAC) Freedom Conference Tournament semi-finals finish. Coach Stevens is also a former standout lacrosse player herself. In fact, she is the 2013 Randolph College Defensive Player of the Year and a two-time All-ODAC Third Team selection. Then, the Lady Monarchs lacrosse assistant coach is Quincy Wilkins who hails from Wilbraham, Massachusetts. She is in her first year with the King’s College women’s lacrosse coaching staff. Coach Quincy Wilkins is an Assumption College graduate with a degree in human services and rehabilitation studies. She is also a top-notch lacrosse player in her college years. She is a four-year letterwinner, a three-time all-conference selection, and a top scorer.

Service Type
Lacrosse Recruiting Camps
Provider Name
King's College,
Area
Wilkes-Barre, PA
Description
Learn and enjoy at the King's College Lady Monarchs Lacrosse Summer Camp. It is a five-day event from July 9 until July 13 that will take place at the beautiful King's College campus. It is an opportunity to learn lacrosse from the Lady Monarch coaching staff. The program is open to all and any girls 4 to 17 years of age at any skill level.
Total Page Visits: 183 - Today Page Visits: 1