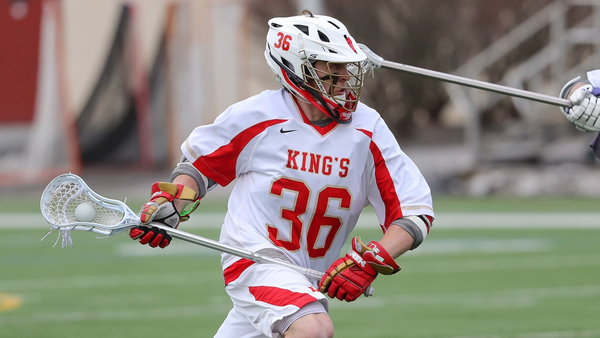 Train and learn from the best at the King’s College Monarchs Men’s Lacrosse Summer Camp. It is going to run from the 30th of Jule until the 12th of August. This lacrosse summer camp is open to all and any boys 10 to 17 years of age at any skill level. The program is going to take place at the state of the art King’s Robert L. Betzler Athletic Complex in Wilkes-Barre Township. Furthermore, the camp registration fee is $200 per camper. Its daily schedule is set to start at 9 o’clock in the morning and end at 4 o’clock in the afternoon. Running this event is the King’s College Monarchs men’s lacrosse coaching staff. In addition, all the instructions and groupings will be in accordance with the participant’s age and skill level. It will be a fun but challenging experience.

King’s College Wilkes-Barre is a private, coeducational, Catholic, liberal arts college in Wilkes-Barre, Pennsylvania. It is an affiliation of the Roman Catholic Church (Congregation of Holy Cross). The college as a whole has a Middle States Association of Colleges and Schools accreditation. King’s College is among the nation’s top academic institutions. As a matter of fact, it is 62nd in the Regional Universities North category of the 2018 edition of the US News and World Reports Best Colleges rankings. King’s College is also 35th in the Best Value Schools rankings as well as 381st in the Business Programs rankings. Currently, King’s College Wilkes-Barre is accommodating around 2,300 students. 52 percent of the college’s undergraduate student population are male students and 48 percent are female students. This undergraduate student population is through a selective enrollment acceptance rate of 71 percent. Correspondingly, the college’s student to faculty ratio is 12 is to 1. Furthermore, the college supports 24 intercollegiate men’s and women’s sports teams. They are competing in the Middle Atlantic Conference of the National Collegiate Athletic Association Division III. Their nickname is Monarchs while there identity colors are red and gold. Leo the Lion is the school mascot.

Head Coach Andy Orlowski, a native of Athol Springs, New York, is leading the King’s College Wilkes-Barre Monarchs men’s lacrosse team. He is now in his 16th year at the helm of the Monarchs men’s lacrosse program. Coach Andy Orlowski is a bachelor’s degree in secondary education graduate from Elmira College. Ultimately, Coach Andy Orlowski is the 2012 Freedom Conference Coach of the Year awardee. Under his leadership, the Monarchs have already four Freedom Conference Tournament appearances. Coach Orlowski was also an exceptional lacrosse player. In fact, he is a two-time team defensive most valuable player. He was also an All-Empire Conference all-star team selection. Then, the Monarchs men’s lacrosse assistant Steve Matusiewicz and A.J. Bungert. Coach Steve Matusiewicz, an alumnus of King’s College is at the same time the team’s defensive coordinator. His stellar collegiate playing career includes a couple of Middle Atlantic Conference (MAC) all-star selection. He is now in his 13th year with the coaching staff. Moreover, Coach A.J. Bungert is also a King’s College graduate with a degree in secondary education/history. He is now entering his fourth season with the Monarchs coaching staff. Coach A.J. Bungert is part of the 2015 MAC All-Freedom Conference selection.

Service Type
Lacrosse Recruiting Camps
Provider Name
King’s College,
Area
Wilkes-Barre, PA
Description
The King’s College Monarchs Men's Lacrosse Summer Camp will take place at the top-notch King's Robert L. Betzler Athletic Complex in Wilkes-Barre Township. It is for all and any boy 10 to 17 years old who are looking to improve their skills in a fun training environment. The program will run from the 30th of July until the 12th of August.
Total Page Visits: 192 - Today Page Visits: 1