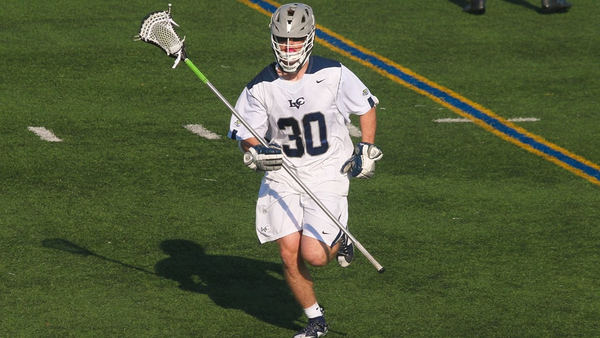 The Lebanon Valley College Flying Dutchmen Lacrosse Overnight Camp is for all 12 years old to high school senior boys who are aspiring to take their game to the collegiate level. This elite lacrosse residential camp is going to run from the 5th of July until the 8th of July. This lacrosse camp is going to take place at the scenic Lebanon Valley College campus. Furthermore, the camp registration fee is $450 and only $370 for those who register before the 1st of June. This registration fee includes a free camp t-shirt, camp jersey, meals, and accommodation. There will also be a $100 discount per camper for registrations in groups of 8. In addition, this training program is under the direction of the Lebanon Valley College Flying Dutchmen lacrosse coaching staff spearheaded by Head Coach John Haus.

Lebanon Valley College is a private, coeducational, liberal arts college in Annville, Pennsylvania. It is an affiliation of the United Methodist Church. It is also part of the International Association of Methodist-related Schools, Colleges, and Universities. Lebanon Valley College is utilizing a semester-based academic calendar. Additionally, it has an accreditation from the Commission on Higher Education of the Middle States Association of Colleges and Schools. Lebanon Valley College is 24th in the Regional Universities North category of the 2018 edition of the US News and World Reports Best Colleges rankings. It is also 14th in the Best Value Schools rankings. Currently, the institution accommodates around 1,600 undergraduate students. 46 percent of this undergraduate student population are male students and 54 percent are female students. This undergraduate student population is also through a selective enrollment acceptance rate of 76 percent. Meanwhile, Lebanon Valley College’s student to faculty ratio is 11:1. The college is also serving around 150 postgraduate students. Moreover, Lebanon Valley College fields 23 intercollegiate men’s and women’s athletics teams. The college women’s lacrosse team is competing in the Middle Atlantic Conference Commonwealth or MAC Commonwealth of the National Collegiate Athletic Association Division III. Their nickname is Flying Dutchmen and their identity colors are blue and white.

The head coach of the Lebanon Valley College Flying Dutchmen lacrosse team is John Haus. He is at the same time the director of lacrosse operations. Coach John Haus is now entering his ninth season at the helm of the Flying Dutchmen lacrosse program. He is a graduate of the University of North Carolina. Ultimately, Coach John Haus is the 1996 Division III National Coach of the Year awardee after he led the Washington College lacrosse team to its first NCAA championship appearance. Eventually, Coach John Haus won his first NCAA championship as a coach with the Shoremen. The Flying Dutchmen lacrosse assistant coaches are Justin Kieffer, Dave Warmingham, and Jack Crawford. Coach Justin Kieffer is now in his fifth season with the coaching staff. He is a bachelor’s degree in sociology graduate from Alred University. Then, Coach Dave Warmingham is the former Lampeter-Strasburg boys’ lacrosse coach. He is with the Flying Dutchmen lacrosse coaching staff since the 2017 season. Coach Jack Crawford is the former Loyola Blakefield HS head lacrosse coach and the former Stevenson University volunteer assistant coach. Finally, Jillian Moffatt is the student manager.