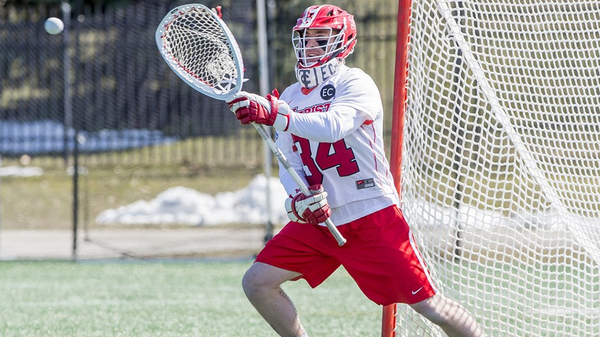 Join the Marist College Red Foxes Men’s Lacrosse Summer Camp. It is for all and any boys 8 to 18 years of age. It is a five-day lacrosse training program that will run from the 23rd of July until the 27th of July. This lacrosse summer camp is going to take place at the Marist College’s leading-edge Tenney Stadium at Leonidoff Field. Moreover, this event focuses on developing individual and position-specific lacrosse skills. It will also introduce the participants to offensive and defensive game strategies. Instructions and groupings will be in accordance with the participant’s age and skill level. Furthermore, the registration fee for this camp is $275.00 per camper. This registration fee includes a free camp jersey. This training program will be under the supervision of the Marist College Red Foxes men’s lacrosse coaching staff and current players. Overall, it will be a fun and challenging training experience.

Marist College is a private, coeducational, liberal arts college. Its location is in Poughkeepsie, New York. It is offering 40 undergraduate majors. It also offers 21 certificate programs. Currently, it accommodates around 6,500 undergraduate students and around 900 postgraduate students. This undergraduate student population is with a 41 percent male and 59 percent female students gender distribution. Additionally, Marist College is part of the National Association of Independent Colleges and Universities. It is also a proud member of the Association of American Colleges and Universities. Marist College is one of the nation’s top-tier colleges. As a matter of fact, the college is 9th in the Regional Universities North category of the 2018 edition of the US News and World Reports Best Colleges rankings. It is also 2nd in the Best Colleges for Veterans category and 32nd in the Best Value Schools category. Marist College’s identity colors are red and white. It has 23 men’s and women’s varsity teams. They are competing in the Metro Atlantic Athletic Conference of National Collegiate Athletic Association Division I. Their athletics nickname is the Red Foxes. In addition, the Red Foxes women’s lacrosse team has already two NCAA Tournament appearances.

Head Coach Keegan Wilkinson is leading the Marist College Red Foxes Men’s lacrosse team since June of 2011. Coach Keegan Wilkinson is an alumnus of Saint Joseph’s University with a degree in business administration and management. He is a two-time Metro Atlantic Athletic Conference Coach of the Year awardee. He is also a 2015 United States Intercollegiate Lacrosse Association Coach of the Year finalist. Correspondingly, under his guidance, the Red Foxes men’s lacrosse team had their first-ever NCAA Tournament appearance since 2005. Then, the Red Foxes men’s lacrosse assistant coach is J.D. Recor, a Marist College alumnus, is in his first season with the coaching staff. He is a bachelor’s degree in sports communications graduate. Coach J.D. Recor is also an exceptional lacrosse player during his college years. In fact, he is the Red Foxes’ all-time assists leader. He is also the New York Lizards 79th overall pick in the ninth round of the 2017 Major League Lacrosse Draft. The Red Foxes strength and conditioning coach is Aaron Suma. The athletic trainer is Briana Galeazzi. And finally, Ali Kenney is the academic advisor.

Service Type
Lacrosse Recruiting Camps
Provider Name
Marist College,
Area
Poughkeepsie, NY
Description
Join the Marist College Red Foxes Men's Lacrosse Summer Camp from the 23rd of July until the 27th of July. This five-day long training program is going to take place at the state-of-the-art Tenney Stadium at Leonidoff Field which is on the Marist College campus. This lacrosse training program is inviting to all and any boy 8 to 18 years old.
Total Page Visits: 200 - Today Page Visits: 1