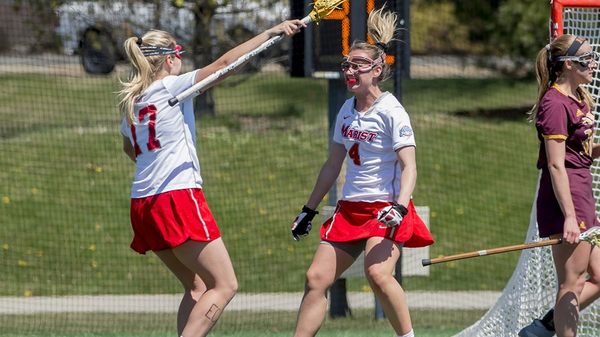 The Marist College Red Foxes Women’s Lacrosse Elite Clinic is a full-day event that will run from 9:00 AM until 3:00 PM on the 11th of July. It is inviting all female lacrosse players 13 to 18 years of age who intend to take their game to the college level. This elite lacrosse clinic is going to take place at the state of the art Tenney Stadium at Leonidoff Field. Furthermore, this training program will simulate a real collegiate level training environment. It includes a college recruiting procedure talk and a campus tour. It will be a physically demanding but fun training experience. Moreover, the registration fee is $110 per camper. Running the program is the Marist College Red Foxes women’s lacrosse coaching staff.

Marist College is a private, coeducational, liberal arts college. Its location is in Poughkeepsie, New York. It is offering 40 undergraduate majors. It also offers 21 certificate programs. Currently, it accommodates around 6,500 undergraduate students and around 900 postgraduate students. This undergraduate student population is with a 41 percent male and 59 percent female students gender distribution. Additionally, Marist College is part of the National Association of Independent Colleges and Universities. It is also a proud member of the Association of American Colleges and Universities. Marist College is one of the nation’s top-tier colleges. As a matter of fact, the college is 9th in the Regional Universities North category of the 2018 edition of the US News and World Reports Best Colleges rankings. It is also 2nd in the Best Colleges for Veterans category and 32nd in the Best Value Schools category. Marist College’s identity colors are red and white. It has 23 men’s and women’s varsity teams. They are competing in the Metro Atlantic Athletic Conference of National Collegiate Athletic Association Division I. Their athletics nickname is the Red Foxes. In addition, the Red Foxes women’s lacrosse team has already two NCAA Tournament appearances.

The head coach of the Marist College Red Foxes women’s lacrosse team is Jessica Wilkinson. She is now in her eighth season at the helm of the Red Foxes women’s lacrosse program. She is a Marist College alumna with a bachelor’s degree in Communications-Advertising with a minor in studio art. She is also a master’s degree in management graduate from Wagner College. Coach Jessica Wilkinson is a three-time Metro Atlantic Athletic Conference Coach of the Year awardee. Ultimately, under her leadership, the Red Foxes has already two Metro Atlantic Athletic Conference championships. Then, the team’s assistant coaches are Nicole Troost and Kristin Boland. Coach Nicole Troost, a native of Medford, New Jersey, is now entering her second season with the coaching staff. She is a bachelor’s degree in communications graduate from the University of Massachusetts. Coach Troost is an  Atlantic 10 All-Tournament Team and an All-Conference First Team during her college playing years. Meanwhile, Coach Kristin Boland, who hails from Rochester, New York, is in her first year with the coaching staff. She is a bachelor’s degree in sport management and a master’s degree in executive leadership graduate from Liberty University. The team’s head strength and conditioning coach is Aaron Suma and Alexis Ayala is the athletic trainer. Finally, Ali Kenney is the academic advisor.

Service Type
Lacrosse Recruiting Camps
Provider Name
Marist College,
Area
Poughkeepsie, NY
Description
The Marist College Red Foxes Women's Lacrosse Elite Clinic will replicate a college training environment. It is inviting all and any female lacrosse players in grade 8 to grade 12. This high-level training program will run from 9:00 AM until 3:00 PM on the 11th of July. Its venue is the Tenney Stadium at Leonidoff Field on the Marist College campus.
Total Page Visits: 171 - Today Page Visits: 1