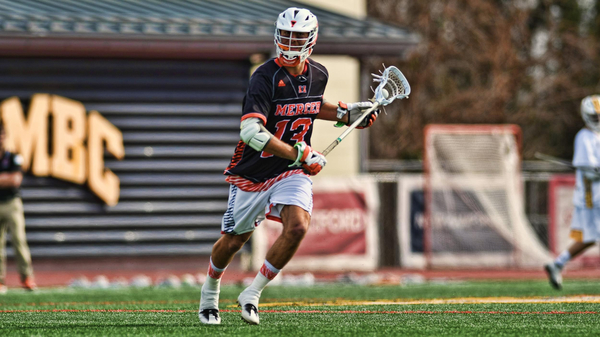 The Mercer University Bears Men’s Lacrosse Overnight Instructional Camp is a three-day elite lacrosse training program that will run from the 4th of June until the 6th of June. Its venue is Mercer University’s top-notch facility, the Five Star Stadium. This overnight lacrosse camp is open to all and any boys 9 to 15 years of age. Moreover, this program aims at developing the players’ individual skills, team concepts understanding, leadership, competitiveness, and coachability. The training program is set to start at 1:00 PM on Day 1 and end at 12:00 PM on Day 3. It will be under the direction of the Mercer University Bears men’s lacrosse coaching staff and current players. In addition, check-in will be at the Drake Field House. The participants are required to bring their own lacrosse gears and equipment.

Mercer University is a private, coeducational university in Macon, Georgia. It is the state of Georgia’s oldest university. It is a member of the National Association of Independent Colleges and Universities. Furthermore, Mercer University’s School of Business and Economics has an accreditation from Association to Advance Collegiate Schools of Business. And, its College of Education has an accreditation from the National Council for Accreditation of Teacher Education. Consequently, the university is 133rd in the National Universities of the 2018 edition of the US News and World Reports Best Colleges rankings. It is also 83rd in the Best Colleges for Veterans and 39th in the Best Value Schools rankings. 4,500 and 4,000 are the current undergraduate student and postgraduate student population, respectively. This university’s undergraduate student population is with a 38 percent male and 62 percent female students gender distribution. Correspondingly, the university’s student to faculty ratio is 13:1. In the athletics world, Mercer University fields 18 intercollegiate men’s and women’s athletics teams. They are competing in the Southern Conference and Atlantic Sun Conference of the National Collegiate Athletic Association Division I. They are the Bears and their official colors are black and orange. The university’s men’s lacrosse team is the 2014 Atlantic Sun Conference Regular Season Champions.

Kyle Hannan is the head coach of the Mercer University Bears men’s lacrosse team. He is now in his fifth season at the reins of the university’s men’s lacrosse program. Coach Kyle Hannan is an alumnus of Salisbury University. He is the recipient of the 1985 Salisbury’s Charles B. Clark Award. He is also the 2014 Atlantic Sun Coach of the Year awardee. Ultimately, under his leadership, the Mercer University Bears has their first Atlantic Sun Conference Regular Season title. Coach Kyle Hannan is part of the United States Intercollegiate Lacrosse Association. The Bears men’s lacrosse associate head coach is Chadwick Surman. Coach Chadwick Surman is also a Salisbury University alumnus with a bachelor’s degree in history. He is with the Bears coaching staff since September of 2015. Then, the team’s assistant coach is Malik Pedroso, a native of Binghamton, New York.  He collegiate playing career includes an All-commonwealth Conference First Team selection. Carl Rausch is the Bears volunteer assistant coach. He is a bachelor’s degree in emergency health services management graduate from the University of Maryland, Baltimore County. Finally, Chase Handley is the athletic trainer.