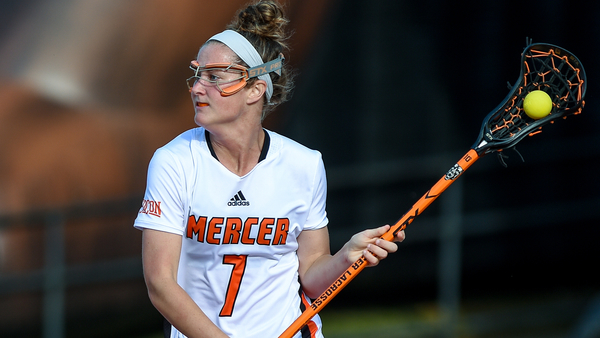 The Mercer University Bears Women’s Lacrosse Summer Camp is a fun but physically demanding training program that will run from June 25 until June 27. It is going to take place at the Tony and Nancy Moye Football and Lacrosse Complex or commonly known as the Five Star Stadium. The training program is open to all and any high school girls in grade 9 to grade 12. Moreover, the lacrosse summer camp is both an overnight and commuter camp that emphasizes overall lacrosse skills and understanding development. The registration fee for overnight campers is $425. This includes a reversible jersey, lodging, and meals. Meanwhile, the registration fee for commuter campers is $385. This fee includes a reversible jersey, lunch, and dinner. Discounts are available for a group of 6 or group of 10 registrations. Furthermore, this event is an initiative of the Mercer University Bears women’s lacrosse coaching staff.

Mercer University is a private, coeducational university in Macon, Georgia. It is the state of Georgia’s oldest university. It is a member of the National Association of Independent Colleges and Universities. Furthermore, Mercer University’s School of Business and Economics has an accreditation from Association to Advance Collegiate Schools of Business. And, its College of Education has an accreditation from the National Council for Accreditation of Teacher Education. Consequently, the university is 133rd in the National Universities of the 2018 edition of the US News and World Reports Best Colleges rankings. It is also 83rd in the Best Colleges for Veterans and 39th in the Best Value Schools rankings. 4,500 and 4,000 are the current undergraduate student and postgraduate student population, respectively. This university’s undergraduate student population is with a 38 percent male and 62 percent female students gender distribution. Correspondingly, the university’s student to faculty ratio is 13:1. In the athletics world, Mercer University fields 18 intercollegiate men’s and women’s athletics teams. They are competing in the Southern Conference and Atlantic Sun Conference of the National Collegiate Athletic Association Division I. They are the Bears and their official colors are black and orange. The university’s women’s lacrosse team has its inaugural season in 2015.

Head Coach Samantha Eustace is leading the Mercer University Bears women’s lacrosse team since August of 2015. She is a bachelor’s degree in psychology graduate from the University of Massachusetts. Coach Samantha Eustace is the former James Madison University assistant coach, recruiting coordinator, academic liaison and video coordinator. She was part of the Dukes 2015 Colonial Athletic Association Championship coaching staff. Additionally, Coach Samantha Eustace is a former head coach of the U.S. Lacrosse Women’s Division National Tournament team. The Bears women’s lacrosse assistant coaches are Jeff Chase and Michelle Gildea. Coach Jeff Chase is a bachelor’s degree in communications graduate from the Loyola University of Maryland. It is also where he earned his master’s degree in emerging media. Ultimately, Coach Jeff Chase is the recipient of the 2016 Francis J. McManamin Unsung Hero Award. He is in his first season with the coaching staff. Then, Coach Michelle Gildea, also in her first season with the coaching staff, is a bachelor’s degree in sports management graduate from Towson University. She is part of the Towson University’s 2013, 2014, 2016 Colonial Athletic Association (CAA) Championship teams as a player.

Service Type
Lacrosse Recruiting Camps
Provider Name
Mercer University,
Area
Macon, GA
Description
The Mercer University Bears Women's Lacrosse Summer Camp is a three-day residential and commuter camp. It is going to run from June 25 until June 27 at the leading-edge Five Star Stadium which is on the Mercer University campus. This elite summer camp is inviting all and any female high school girl lacrosse players in grade 9 up to grade 12.
Total Page Visits: 326 - Today Page Visits: 1