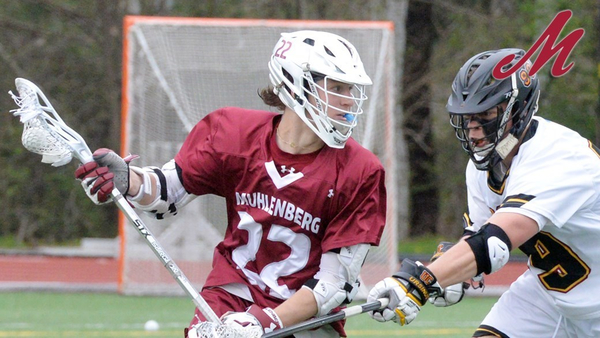 Join the Muhlenberg College Mules Men’s Lacrosse Prospect Day Camp. It is a full-day event that will run from 11:30 AM until 4:30 PM on the 26th of February. It is going to take place at the Muhlenberg College campus in Allentown, Pennsylvania. This lacrosse camp is an initiative of the Muhlenberg College men’s lacrosse coaching staff. In addition, this five-hour training program is advanced level high school male lacrosse players who desire to play at the collegiate level. The training program includes skill enhancement instructions, competitive scrimmages, question and answer session with the Mules coaching staff, and a campus tour. Furthermore, the camp registration cost is $100 per camper. It is going to be a physically demanding yet fun lacrosse training experience.

Jake Plunket, a native of upstate New York, is the head coach of the Muhlenberg College Mules men’s lacrosse team. He is an alumnus of Syracuse University. Coach Jake Plunket is at the helm of the Mules men’s lacrosse program since the 2015 season. Additionally, he is the 2012 Commonwealth Conference Coach of the Year awardee. This was when he led the Albright Lions to the  Commonwealth Conference championship game. Coach Plunket is also a former professional lacrosse player, playing for the Rochester Rattlers of the Major League Lacrosse from 2007 to 2008. Then, the Mules men’s lacrosse assistant coaches are Alex Stone, Troy Moyer, Chase Winter, and Dave Lamont. Coach Alex Stone, a native of Cranford, New Jersey, is at the same time the team’s defensive coordinator and recruiting coordinator. He is a bachelor’s degree in biology graduate from Union College. He is the former head coach of the East Coast Lacrosse Club. Next, Coach Troy Moyer, originally from Boyertown, Pennsylvania, is a bachelor’s degree in exercise science graduate from Sacred Heart University in Fairfield. Coach Chase Winter is a Johns Hopkins University alumnus. Finally, Coach Da Lamont is a West Chester University graduate.