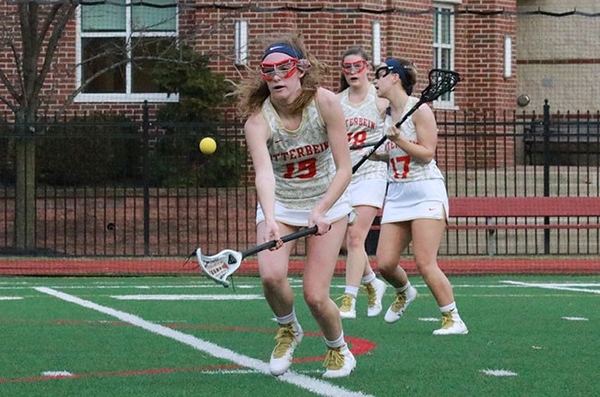 The Otterbein University Cardinals Women’s Lacrosse Camp focuses on improving skills and knowledge for the game. There will be passing, shooting, dodging, scooping, and goaltending sessions. The training camp also includes fun and competitive games. Furthermore, this lacrosse camp is going to run from the 25th of June until the 28th of June. It is going to take place at the Otterbein University campus. This training program is open to all and any girls 10 to 18 years of age. In addition, the camp is going to have an 8:1 camper to staff ratio to ensure personal interaction. Registration fee includes a Nike practice jersey.

Otterbein University, formerly Otterbein College, is a public, coeducational, liberal arts college in Westerville, Ohio. Its name is in honor of Philip William Otterbein, the founder of the United Brethren in Christ. Overall, the university has an accreditation from the Higher Learning Commission. Otterbein University’s total undergraduate student population is 2,485. It is through a selective enrollment acceptance rate of 73 percent. Correspondingly, the university’s student to faculty ratio is 12:1. Otterbein University is among the nation’s best university’s. As a matter of fact, it 19th in Regional Universities Midwest of the 2018 edition of the US News and World Reports Best Colleges rankings. It is also 12th in the Best Colleges for Veterans category. In sports, Otterbein University is competing mainly in the Ohio Athletic Conference of the NCAA Division III. They are the Cardinals. Tan and cardinal are their identity colors.

Service Type
Lacrosse Recruiting Camps
Provider Name
Otterbein University,
Area
Westerville, OH
Description
The Otterbein University Cardinals Women's Lacrosse Camp is a four-day event that will run from June 25 until June 28. It is inviting all and any girls 10 to 18 years of age who are passionate about learning the game. This training program is set to start at 1 o'clock in the afternoon on Day 1 and end at 12 noon on Day 4. It will be an enjoyable but challenging experience.
Total Page Visits: 260 - Today Page Visits: 1