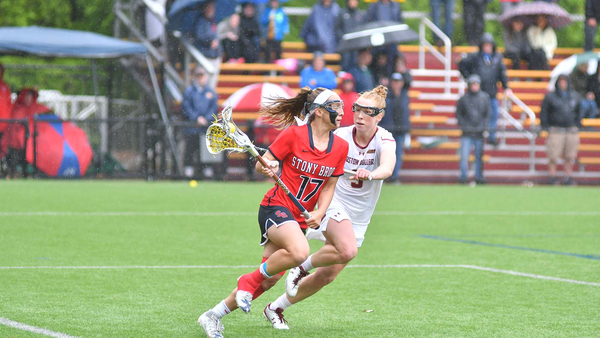 The Stony Brook University Seawolves Women’s Lacrosse Camp is an elite level lacrosse training program for girls who are looking to take their game to the collegiate level. It will run from the 25th of June until the 27th of June at Stony Brook University’s Indoor Sports Complex. Its daily schedule is set to run from 9 o’clock in the morning until 1 o’clock in the afternoon. Furthermore, this three-day lacrosse training program will cover stick work, dodging drills, shooting drills, and games. The program also emphasizes on improving the players offensive and defensive game strategies’ understanding. The registration fee for the camp is $300 per camper. Moreover, this event is an initiative of the Stony Brook University Seawolves women’s lacrosse coaching staff.

Leading the Stony Brook University Seawolves women’s lacrosse team is Head Coach Joe Spallina, a native of Rocky Point, New York. Coach Joe Spallina is now in his seventh season at the helm of the Seawolves women’s lacrosse program. He is a bachelor’s degree in physical education graduate from Adelphi University. He is also a master’s degree in health studies graduate from Stony Brook University. Ultimate, Coach Joe Spallina is a five-time America East Coach of the Year awardee. He is also the 2013 Synapse Division I Coach of the Year. Under his leadership, the Seawolves has already six  America East Conference championships and six NCAA Tournament appearances. Then, the team’s associate head coach is Kim Hillier, a native of Farmingdale, New Jersey. Coach Kim Hillier is a Hofstra University alumna. She is in the associate head coaching position since September of 2016. Kara Mupo is the assistant women’s lacrosse coach. Also a native of Rocky Point, Coach Kara Mupo is in her first year with the Seawolves women’s lacrosse coaching staff. She is a bachelor’s degree in human development and psychological services and master’s degree in sports administration graduate from Northwestern University. Finally, the team’s volunteer assistant coach is Greg Miceli.