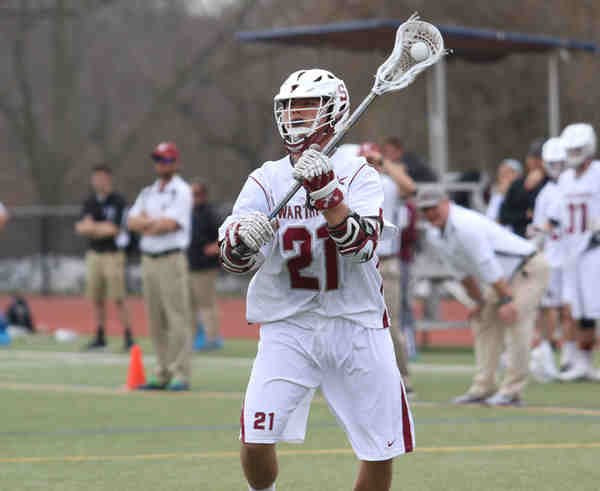 Join the Swarthmore College Men’s Lacrosse Prospect Camp from the 25th of June until the 26th of June. It is ideal for male lacrosse players in grade 9 up to grade 12 who aspire to compete at the college level. The venue of this two-day event is the top-notch facility, Clothier Turf Field. In addition, this lacrosse prospect camp aims at helping the participants on becoming a well-rounded lacrosse player. It also provides an opportunity to train learn and train with one of the best collegiate lacrosse coaching staff. Furthermore, the training program includes a campus tour and a discussion regarding college recruiting processes.

Swarthmore College is a private, coeducational, liberal arts college in Swarthmore, Pennsylvania. It is among the nation’s oldest coeducational colleges. Additionally, Swarthmore College is also part of the Tri-College Consortium. The other two members are Bryn Mawr College and Haverford College. Currently, Swarthmore College is serving around 1,500 undergraduate students. This undergraduate student population is through a most selective enrollment acceptance rate of 13 percent. Correspondingly, the college’s student to faculty ratio is 8:1. Swarthmore College is also a top-performing academic institution. As a matter of fact, it is 19th in the 2017 Forbes Magazine’s List of America’s Best Colleges. It is also 3rd in National Liberal Arts Colleges of the 2018 US News and World Reports rankings. In sports, the college is a member of the Centennial Conference of the NCAA Division III.

Service Type
Lacrosse Recruiting Camps
Provider Name
Swarthmore College,
Area
Swarthmore, PA
Description
The Swarthmore College Men's Lacrosse Prospect Camp is going to take place at the leading-edge Clothier Turf Field. It is a two-day program that will run from the 25th of June until the 26th of June. This lacrosse prospect camp aims at helping the participants on becoming a well-rounded lacrosse player that can compete in the college level.
Total Page Visits: 315 - Today Page Visits: 1