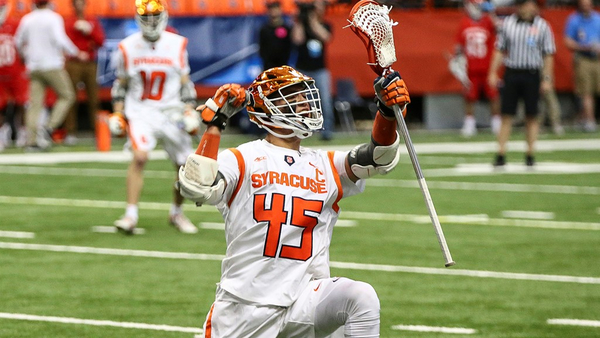 The Syracuse University Orange Men’s Lacrosse Prospect Camp is inviting all advanced male high school lacrosse players in the graduating classes of 2020, 2021, and 2022. It is a six-hour event that will run from 9:00 AM until 3:00 PM on the 20th of July. The venues of this program are the Manley turf field complex and the Hookway complex, both top-notch facilities in the Syracuse University campus. Furthermore, this lacrosse prospect camp will provide a training program that will replicate the Orange men’s lacrosse practice drills and sessions. It also provides an opportunity for exceptional lacrosse players to showcase their amazing skills. The camp registration fee is $135 per camper.

The Syracuse University Orange men’s lacrosse head coach is John Desko. He is a Syracuse University alumnus with a bachelor’s degree in sociology. Coach John Desko is now in his 38th season at the helm of the Syracuse Orange men’s lacrosse program. He is a three-time Atlantic Coast Conference (ACC) Coach of the Year awardee. Coach John Desco is also the 2008 USILA Division I Coach of the Year, the 2011 BIG EAST Coach of the Year, and the FieldTurf Division I Coach of the Year. Ultimately, with him at the helm, the Orange lacrosse team has already an outstanding 17 NCAA title games. Then, the Orange assistant coaches are Kevin Donahue and Lelan Rogers. Coach Kevin Donahue is another Syracuse University graduate with a bachelor’s degree in biology. He is the recipient of the 2001 Jay Gallagher Award. Coach Kevin Donahue is also an inductee into the Lacrosse Hall of Fame New York chapter. Coach Lelan Rogers, a native of Fulton, New York, is also a Syracuse University alumnus with a bachelor’s degree in speech communication. It is also where he earned his master’s degree in higher education administration/athletic administration. Steve Scaramuzzino is the volunteer assistant coach. And finally, Roy Simmons III is the director of operations.