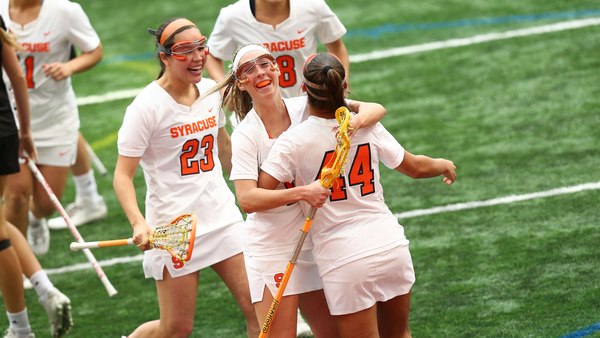 The Syracuse University Orange Women’s Lacrosse Summer Day Camp is open to all and any high school girls in grade 5 up to grade 12. It will run from 9:30 AM until 2:00 PM from July 10 until July 12. This event is going to take place at the scenic Syracuse University campus. Furthermore, the training program aims at developing the players overall lacrosse skills. All the instructions, as well as groupings, are going to be in accordance with the attendee’s age and skill level. This summer lacrosse camp is an initiative of the Syracuse University Orange women’s lacrosse coaching staff. The registration cost is $225 per camper. In general, it will be a fun but challenging training experience.

Gary Gait, a native of Victoria, British Columbia, is the head coach of the Syracuse University Orange women’s lacrosse team since August 2007. Coach Gary Gait, a Syracuse College graduate, is a three-time Intercollegiate Women’s Lacrosse Coaches Association (IWLCA) Northeast Region Coach of the Year awardee. He is also a two-time BIG EAST Coach of the Year and a one-time Atlantic Coast Conference (ACC) Coach of the Year. Ultimately, Coach Gary Gait is an inductee into the 2005 U.S. Lacrosse Hall of Fame, the 2014 Canadian Lacrosse Hall of Fame, and the 2006 National Lacrosse League (NLL) Hall of Fame. He led the Orange women’s lacrosse team into six conference regular-season titles and three conference tournament titles. Then, the team’s associate head coach is Regy Thorpe. Coach Regy Thorpe is in the associate head coaching role since January 2015. He is an inductee into the Rochester Knighthawks Hall of Fame, the National Junior College Athletic Association Lacrosse Hall of Fame, and the US Lacrosse Rochester Chapter Hall of Fame. The Orange assistant lacrosse coach is Caitlin Defliese. She is a bachelor’s degree in health and rehabilitation graduate from Boston University. Finally, Chelsea Leveille is the director of operations.

Service Type
Lacrosse Recruiting Camps
Provider Name
Syracuse University,
Area
Syracuse, NY
Description
The Syracuse University Orange Women's Lacrosse Summer Day Camp is a three-day event that will run from the 10th of July until the 12th of July. Its daily schedule is set to start at 9:30 AM and end at 2:00 PM. This lacrosse training program is open to all and any high school girls in grade 5 to grade 12 who are serious about improving their game.
Total Page Visits: 396 - Today Page Visits: 1