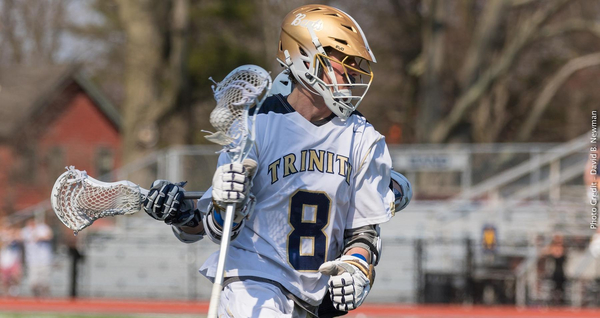 The Trinity College Bantams Men’s Lacrosse Prospect Day Camp is set to run from 9:00 AM until 3:00 PM on the 28th of July. It is open to all elite lacrosse player high school boys who are aspiring to take their game to the collegiate level. The training program includes conditioning, skill development drills, advanced team concepts sessions, and competitive games. Furthermore, this six-hour lacrosse training program is going to take place at the beautiful Trinity College campus. It will be under the supervision of the college’s men’s lacrosse coaching staff. Spots are limited thus registration is on a first come first served basis. Overall, it will be fun but challenging training experience.

Trinity College, originally Washington College, is a private, coeducational, liberal arts college in Hartford, Connecticut. It is the state of Connecticut’s second oldest college. Trinity College is a proud member of the Consortium of Liberal Arts Colleges and the Council of Independent Colleges. It is also part of the Annapolis Group and the Oberlin Group. Currently, the institution is serving around 2,300 undergraduate students. This undergraduate student population has a 51 percent male and 49 percent female students gender distribution. It is also through a selective enrollment acceptance rate of 34 percent. The college’s student to faculty ratio is 9:1. Moreover, Trinity College is among the nation’s top educational institutions. As a matter of fact, it is 84th in the 2017 Forbes Magazine’s List of America’s Best Colleges. In the 2018 edition of US News and World Reports rankings, Trinity College is 44th in National Liberal Arts Colleges and 33rd Best Value Schools category. It is also 57th in the  Engineering Programs rankings. Meanwhile, in sports, the college has 29 intercollegiate men’s and women’s varsity teams competing in the National Collegiate Athletic Association Division III, New England Small College Athletic Conference. They are the Bantams and blue and gold are their identity colors.

The new head coach of the Trinity College Bantams men’s lacrosse team is Jason Tarnow. He is a bachelor’s degree in communications graduate from Salisbury University. Coach Jason Tarnow is the 2017 Ohio Athletic Conference (OAC) Co-Coach of the Year awardee. He is also the 2004 North Coast Athletic Conference (NCAC) Coach of the Year awardee. Additionally, Coach Tarnow is the former Baldwin Wallace University head lacrosse coach. He is also a former college standout lacrosse player. In fact, Coach Tarnow is the 1998 Capital Athletic Conference (CAC) Player of the Year and the 1999 National Champion team Most Valuable Player. Then, the Trinity College Bantams men’s lacrosse assistant coaches are John Carroll, Scott Heisler, and Jim Carroll. Coach John Carroll is at the same time the team’s defensive coordinator and recruiting coordinator. He is a bachelor’s degree in history graduate from the University at Albany and a master’s degree in American studies graduate from Trinity College. He is in his first year with the coaching staff. Similarly, Coach Scott Heisler, a College of Wooster alumnus, is also entering his first season with the Bantams coaching staff. He is also a master’s degree in sport and exercise management graduate from the University College Dublin. Finally, the team’s faculty liaison is Dan Mrozowski.

Service Type
Lacrosse Recruiting Camps
Provider Name
Trinity College,
Area
Hartford, CT
Description
Come and join the Trinity College Bantams Men's Lacrosse Prospect Day Camp. This lacrosse camp will run from 9 o'clock in the morning until 3 o'clock in the afternoon of the 18th of July at the scenic Trinity College campus. It is ideal for those who desire to play at the college level. Participants need to bring their own lacrosse gears and equipment.
Total Page Visits: 502 - Today Page Visits: 1