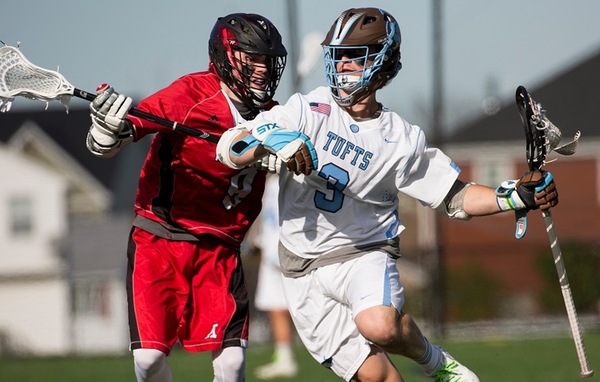 Play and train like a champ at the Tufts University Jumbos Men’s Lacrosse Prospect Day Camp. It is a full-day event that will run from 9:30 AM until 3:00 PM on the 25th of June. This lacrosse is available to both field players and goalies. It is going to take place at the scenic Tufts University campus. Additionally, this event is open to all and any male advanced level lacrosse players in the high school graduating classes of 2019 and 2020. The program will be under the supervision of the Tufts University Jumbos men’s lacrosse coaching staff. Furthermore, the training program includes positional skill development drills, transition drills, half-field group work, and competitive games. The camp registration fee is $209 per camper. Each attendee needs to bring their own lacrosse gears and equipment.

Tufts University, formerly Tufts College, is a private, coeducational, nonprofit, research university in Medford, Massachusetts. Its name is in honor of Charles Tufts, a notable American philanthropist. It is an affiliation of the Association of Independent Colleges and Universities in Massachusetts and the University Press of New England. The university is also a member of the Universities Research Association and the National Association of Independent Colleges and Universities. In addition, Tufts University has also additional campuses in Boston, Grafton, and Talloires, Massachusetts. Currently, the university is serving around 5,200 undergraduate students and around 5,400 postgraduate students. 50 percent of this undergraduate student population are male students and 50 percent are female students. This undergraduate student population is also through a very selective enrollment acceptance rate of 14 percent. The university’s student to faculty ratio is an astounding 8:1. Moreover, in the 2018 edition of the US News and World Reports Best Colleges rankings, Tufts University is at top 29 in the National Universities category. It is also top 25 in Best Value Schools. In athletics, the university is participating in the New England Small College Athletic Conference of the National Collegiate Athletic Association Division III as the Jumbos. Their identity colors are tufts blue and brown.

Service Type
Lacrosse Recruiting Camps
Provider Name
Tufts University,
Area
Medford, MA
Description
The Tufts University Jumbos Men's Lacrosse Prospect Day Camp will fall on the 25th of June. It is going to run from 9:30 AM until 3:00 PM at the beautiful Tufts University campus. This elite training program is inviting all high school male lacrosse players in the graduating classes of 2019 and 2020 who aspire to take their game to the next level.
Total Page Visits: 470 - Today Page Visits: 1