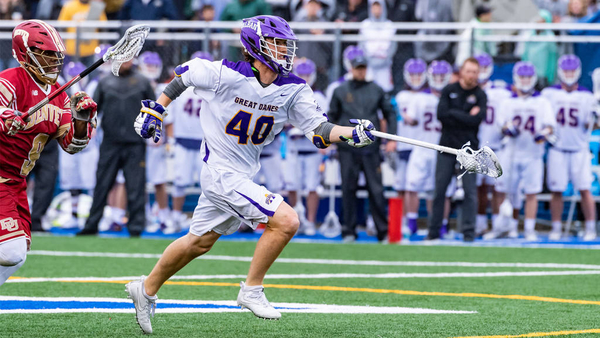 Join the University at Albany Great Danes Men’s Lacrosse Summer Day Camp from June 25 until June 27. This three-day lacrosse camp is inviting all boys in grade 2 to grade 10. This program is going to take place at the state of the art John Fallon Field, the home of the University at Albany Great Danes men’s and women’s lacrosse team. Moreover, the training program’s daily schedule is set to start at 9 o’clock in the morning and end at 4 o’clock in the afternoon. It is open for viewing for parents. The camp registration fee which includes a camp t-shirt is $260 per camper. Furthermore, this event provides an opportunity to train and learn lacrosse from one of NCAA Division I top coaching staff and players.

The University at Albany, formerly State University College at Albany, is a public, coeducational, research university in Albany, New York. It also has other campuses in Guilderland, and Rensselaer, New York. The university is a member of the State University of New York. At the same time, the university is also part of the Association of Public and Land-grant Universities. The university’s School of Business has an accreditation from the Association to Advance Collegiate Schools of Business. Meanwhile, its School of Public Health has an accreditation from the Council on Education for Public Health. The University at Albany is 151st in National Universities category of the 2018 edition of the US News and World Reports Best Colleges rankings. It is also 78th in the Top Public Schools rankings and 109th in the Business Programs rankings. Currently, the university is serving around 14,100 undergraduate students and around 4,900 postgraduate students. 51 percent of the university’s undergraduate student population are male students and 49 percent are female students. The university fields 16 intercollegiate sports teams in the America East Conference of the National Collegiate Athletic Association Division I. They are the Great Danes and purple and gold are their official colors.

Scott Marr, a native of Yorktown, New York, is the head coach of the University at Albany Great Danes men’s lacrosse team. He is now in his 18th season at the helm of the university’s men’s lacrosse program. Coach Scott Marr is a bachelor’s degree in social and behavioral sciences graduate from Johns Hopkins University. Additionally, Coach Scott Marr is a five-time America East Conference Coach of the Year awardee. He is also the 2007 United States Intercollegiate Lacrosse Association (USILA) Division I National Coach of the Year. Ultimately, under Coach Scott Marr’s leadership, the Great Danes men’s lacrosse team has already eight America East Tournament titles and nine NCAA Tournament appearances. Then, the Great Danes associate head coach is Liam Gleason, a native of Wading River, New York. Coach Liam Gleason is a UAlbany alumnus with a bachelor’s degree in sociology with a minor in education. He is at the same time the team’s defensive coordinator. The Great Danes assistant coach is Merrick Thomson. Coach Merrick Thomson who hails from Stoney Creek, Ontario is also an alumnus of UAlbany. He is now in his third season with the coaching staff. Finally, Derrick Eccles, another UAlbany graduate, is the team’s volunteer assistant coach.