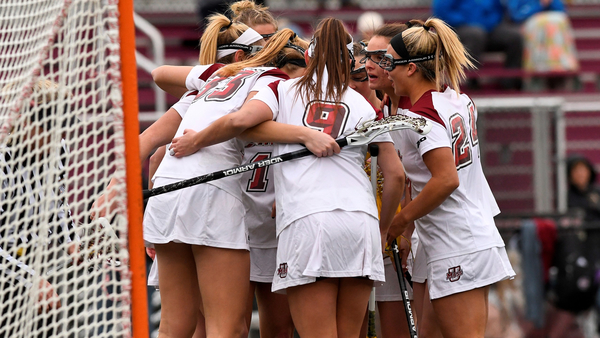 The University of Massachusetts Amherst Minutewomen Elite Camp is inviting all female lacrosse players in grade 10 to college freshmen. It is a fast-paced and high-level training program that is ideal for those who aspire to become a collegiate lacrosse student-athlete. This elite lacrosse camp is going to run from the 10th of July until the 13th of July. Furthermore, the venue of this event is the beautiful University of Massachusetts Amherst campus. It emphasizes development in the participant’s overall lacrosse abilities. The players will also learn advanced techniques and game strategies. The players will also have the opportunity to showcase their outstanding skills. In addition, this lacrosse training program is under the supervision of the University of Massachusetts Amherst Minutewomen lacrosse coaching staff. The participants need to bring their own lacrosse gears and equipment. Overall, it will be a challenging and fun training experience.

Angela McMahon, a native of Weston, Massachusetts, is the head coach of the University of Massachusetts Amherst Minutewomen lacrosse team. She is a bachelor’s degree in communication studies graduate from Northwestern University. Coach Angela McMahon is also a masters degree in Sports Leadership graduate from Northeastern University. She is now in her seventh year at the helm of the Minutewomen lacrosse program. Ultimately, Coach Angela McMahon is a five-time Atlantic 10 Conference Coach of the Year awardee. She is also the 2016 Eastern College Athletic Conference (ECAC) Coach of the Year awardee. Under her leadership, the Minutewomen lacrosse team have already won six Atlantic 10 Conference Championships. Then, the team’s assistant coaches are Jana Drummond and Zoe Ochoa. Coach Jana Drummond is in her first season with the coaching staff. She is a University of Oregon graduate and the former Marist College assistant coach. She was also the former Red Foxes’ defensive coordinator. Similarly, Coach Zoe Ochoa is also in her first season with the Minutewomen lacrosse coaching staff. Coach Zoe Ochoa is a graduate of Boston College.