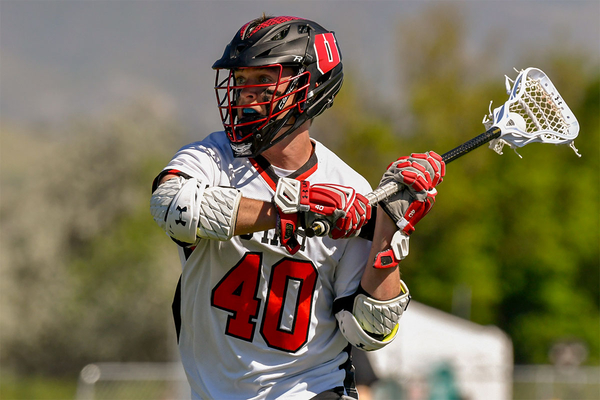 The University of Utah Utes Men’s Lacrosse Summer Prospect Days is open to all male high school lacrosse players in grade 9 up to grade 12. It is a two-day event that will fall on the 18th of June and the 19th of June. This training program is only set to accommodate 75 campers. Thus, registration is on a first come first served basis. In addition, this training program is set to start at 6:00 PM and end at 9:00 PM on Day 1 and will start at 9:00 AM and end at 12:00 PM on Day 2. It is going to take place at the state of the art McCarthey Family Track and Field. Moreover, the registration fee for this event which includes an Under Armour jersey is $155 per camper. The players need to bring their own lacrosse gears and equipment.

Leading the University of Utah Utes men’s lacrosse team is Head Coach Brian Holman from Maryland. He is a Johns Hopkins University graduate. During his collegiate playing year, Coach Brian Holman was a standout goalie. He is also the former North Carolina University Chapel Hill Tar Heels assistant coach. He was instrumental in the Tar Heels’ 2013 Atlantic Coast Conference (ACC) Championship and the 2016 National Championship. Then, the Utes men’s lacrosse assistant coaches are Adam Ghitelman, Marcus Holman, Will Manny, and Tim McDermott. Coach Adam Ghitelman is the former University of Southern California men’s club lacrosse program head coach. Currently, he is the goalie of the Atlanta Blaze of the Major League Lacrosse (MLL). Coach Adam Ghitelman is the co-founder of the G3 Lacrosse. Coach Marcus Holman, a native of Baltimore, Maryland, is a University of North Carolina Chapel Hill alumnus. He is a standout lacrosse player himself. In fact, Coach Marcus Holman is a three-time Tar Heels’ most valuable player and a two-time most valuable offensive player. He is also the 2010 ACC Rookie of the Year awardee. Coach Will Manny who hails from Long Island, New York, is a master’s degree in management graduate from Wagner College. Presently, he is playing for the New York Lizards of the MLL. Finally, Coach Tim McDermott is at the same time the director of operations.

Service Type
Lacrosse Recruiting Camps
Provider Name
University of Utah,
Area
Salt Lake City, UT
Description
The University of Utah Utes Men's Lacrosse Summer Prospect Days is the ideal venue to showcase exceptional lacrosse skills. It will take place at the top-notch McCarthey Family Track and Field from the 18th of June until the 19th of June. This program is open to all advanced level high school male lacrosse players who aspire to play at the next level.
Total Page Visits: 326 - Today Page Visits: 1