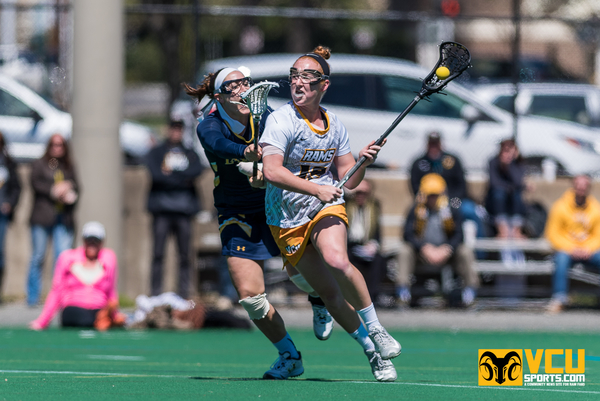 The Virginia Commonwealth University Rams Women’s Lacrosse Youth Camp is a four-day event that will put emphasis on the overall lacrosse skill development of its attendees. It is set to run from July 16 until July 19. The training program is open to all girls 4 to 12 years of age at any skill level. It will take place at the leading-edge Cary Street Field which is on the Virginia Commonwealth University campus. Furthermore, this lacrosse camp will cover lacrosse introduction, stickwork, station, shooting, ground balls, defense drills, and games. It is going to be an enjoyable training atmosphere. The program will be under the direction of the university’s women’s lacrosse coaching staff. Moreover, instructions and grouping will be in accordance with the participant’s age and skill level.

Head Coach Jen O’Brien, a native of Eldersburg, Maryland, is leading the Virginia Commonwealth University Rams women’s lacrosse team. She is the former Johns Hopkins University women’s lacrosse assistant coach. Coach Jen O’Brien is an alumnus of the University of Maryland, Baltimore County. She is a Second Team All-America East honoree during her college playing years. Additionally, Coach O’Brien is leading the Rams women’s lacrosse team since it’s collegiate inception in 2015. The team’s assistant coaches are Liz French and Theresa Walton. Coach Liz French is a native of Sykesville, Maryland. She is now entering her second season with the coaching staff. Coach French is a bachelor’s degree in accounting graduate from Shippensburg University. Her collegiate playing career includes a 2014 Intercollegiate Women’s Lacrosse Coaches Association DII North/South Senior All-Star game selection. Then, Coach Theresa Walton is in her first season with the Rams women’s lacrosse coaching staff. She is a bachelor’s degree in communications graduate from Canisius College. She is part of the Griffins two-time Metro Atlantic Athletic Conference (MAAC) women’s lacrosse championship team as a college player. Coach Walton is also a former MAAC All-Tournament honoree. Finally, Dani Ellis is the director of player development. She is a graduate of Winthrop University.