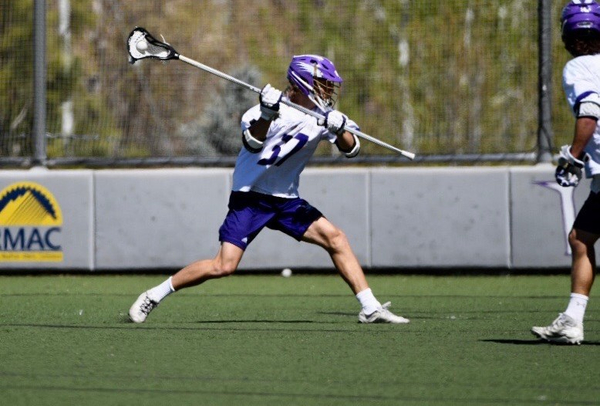 The Westminster College Griffins Men’s Lacrosse Summer Prospect Camp will replicate a real collegiate training environment. It is ideal for all male lacrosse players in the graduating classes of 2018, 2019, and 2020 who are aspiring to play at the next level. This elite lacrosse camp is going to run from 2:00 PM until 8:30 PM on the 9th of July. Its venue is going to be Westminster College’s state of the art Dumke Field. Furthermore, this one-day lacrosse training program is an opportunity to play with other top lacrosse players in front of the college’s lacrosse recruiting staff. It also a venue to enhance fundamental skills and techniques. Overall, the program will be competitive but enjoyable. Limited spots are available thus registration is on a first come first serve basis. The registration cost is $140 per camper.

Westminster College is a private college in Salt Lake City, Utah. It has a Northwest Commission on Colleges and Universities accreditation. Currently, Westminster College accommodates a total of 2,200 undergraduate students and around 700 postgraduate students. This undergraduate student population is with a 44 percent male and 56 percent female students gender distribution. It is also through a selective enrollment acceptance rate of 94 percent. Additionally, Westminster College is offering around 50 undergraduate and graduate programs. The college is also among the country’s top-tier academic institution. As a matter of fact, it is 19th in the Regional Universities West category of the 2018 edition of the US News and World Reports Best Colleges rankings. It is also 12th in the Best Value Schools rankings and 8th in the Best Value Schools rankings. In the sporting world, the college fields 17 men’s and women’s varsity teams. They are playing in the Rocky Mountain Athletic Conference of the National Collegiate Athletic Association Division II. They are known as the Griffins. Purple and copper are their official colors. In addition, the Westminster College men’s lacrosse team is the 2008 Division II Men’s Collegiate Lacrosse Association (MCLA) National Champion.

Head Coach Mason Goodhand is leading the Westminster College Griffins men’s lacrosse team since its inception in 2007. Under his leadership, the Griffins men’s lacrosse team has already five Rocky Mountain Lacrosse Conference (RMLC) Division II Championships. They are also the 2008 Men’s Collegiate Lacrosse Association (MCLA) National Champions and the 2013 Men’s Collegiate Lacrosse Association Runner-up. Moreover, Coach Mason Goodhand is a United States Air Force Academy graduate. His previous head coaching stints are with the University of Utah and the California State University-Sacramento. Then, the Westminster College Griffins assistant coaches are Joe Kerwin and Reed Goodhue. Coach Joe Kerwin is at the same time the team’s offensive coordinator and recruiting coordinator. He is also a two-time Pacific Northwest Collegiate Lacrosse League (PNCLL) Coach of the Year, the 2007 MCLA Coach of the Year, and the 2015 Oregon High School Coach of the Year. In addition, Coach Joe Kerwin is an inductee into the US Lacrosse Oregon Hall of Fame. He is a bachelor’s degree in information systems graduate from Roger Williams University. Coach Reed Goodhue is the team’s former volunteer assistant coach. He is a bachelor’s degree in sports management graduate from the University of Massachusetts Amherst.