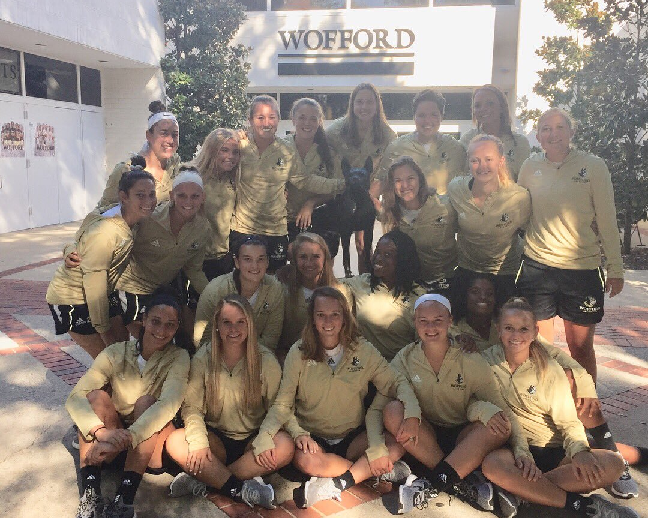 The Wofford College Women’s Lacrosse Terriers Prospect Day is a full-day event on February 19. It will run from 9 o’clock in the morning until 5 o’clock in the afternoon. It is open to any and all female lacrosse players who intend to play the college level. In addition, this lacrosse camp will incorporate modern ideas and techniques. Players will also be enhancing their fundamental skills and offensive and defensive tactics knowledge. Furthermore, participants are advised to bring their own lacrosse stick, goggles, cleats, mouthguard, and sneakers. Registration fee includes a free camp t-shirt and lunch.

Wofford College is a private, coeducational, independent, liberal arts college in Spartanburg, South Carolina. Its name is in honor of Benjamin Wofford a Methodist minister from Spartanburg. Wofford College is a proud member of the International Association of Methodist-related Schools, Colleges, and Universities. It is also part of the Council of Independent Colleges. Currently, Wofford College is serving around 1,600 undergraduate students. Its undergraduate enrollment acceptance rate is a selective 70 percent. Wofford College is also among the nations top performing academic institutions. In fact, it is 71st in National Liberal Arts Colleges, 2018 edition of the US News and World Reports’ Best Colleges rankings. It is also 42nd in the Best Value Schools category. In sports, Wofford College fields collegiate teams in the Southern Conference of the National Collegiate Athletic Association Division I. They are the Terriers and old gold and black are their colors.

Leading the Wofford College Terriers women’s lacrosse team is Head Coach Ceri Miller. She is the former head coach of the Goucher College women’s lacrosse coaching staff, the 2015 Landmark Conference Coaching Staff of the Year. Additionally, Coach Ceri Miller is a master’s degree in exercise science and physical education graduate from McDaniel College. Then, the Terriers women’s lacrosse assistant coaches are Kate Goldstein and Grace Sisserson. Coach Goldstein is a bachelor’s degree in business administration and management graduate from McDaniel College while Coach Sisserson is a Winthrop University graduate of bachelor’s in sports management.